skip to main | skip to sidebar

VII. WeSC (We Are The Superlative Conspiracy) 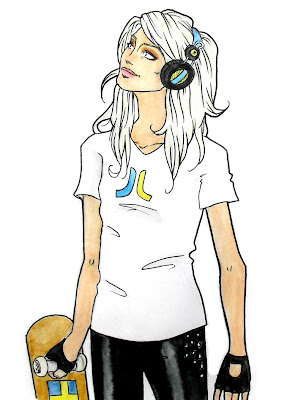 WeSC (Pronounced Wee-S-C) is probably one of my favourite brands of Swedish clothing and if I were a rockstar I would feel empty inside if I wasn't sponsored by them.

I mean, hell, if Jason Lee and Axwell are getting free t-shirts, why the hell aren't I?

It is therefore henceforth a lifetime goal of mine to become somebody of note. I'll be able to gauge my success on whether or not I can enter the brotherhood of the WeActivists and on my first free shirt. Triple points if I get to design it myself in a collaboration.

Ok, so putting that fantasy on hold for a minute, let me tell you about WeSC, like you don't already know..

WeSC started out by sponsoring artists and musicians with clothes. Looptroop and Timbuktu were among the first, and also happen to be two of my favourite Swedish hip-hop artists. The culture of WeSC is heavily influenced by skateboarding and they sponsor a bunch of skaters both in Sweden and internationally, along with actors, artists, DJs, models, photographers, bloggers (hej hej..?) and other successful slackers who are damn good at what they do.

Did I mention the clothes are rad?

And that they have a detailed corporate social and environmental responsibility outline on their homepage?

You can check that out here while I go figure out how to become a famous DJ/blogger/skater/designer/WeActivist.

Don't look at me like that.. Pipe dreams can happen..
Posted by Billie Elske Eloise at 2:02 AM No comments:

Just A Moment For Pakistan.. 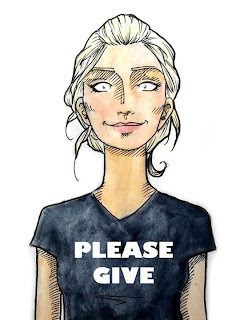 For anyone that reads this blog, I would just like to take one post to ask/suggest/implore you to consider jumping onto one of the following sites and donating to the relief of the disaster in Pakistan.

Yes, I know that bad things are always happening in the world, that's no reason to ignore this. This is huge. I'm sure you already know how bad it is, but basically over 20 million people are suffering and homeless and one fifth of the country is under water.

I am also aware that there are a huge number of points to this issue, from environmental concerns, to the fears of attacks on aid groups and workers.

But for now just do the one thing that is in your control and jump online or on the phone and please give.

Having worked in fundraising, I can only tell you that anything and everything counts. Every little bit.

So do what you can to help out, whether it's one dollar, ten kronor, or a thousand of each. It'll take you 5 minutes and you'll know you're part of the movement to help out a country truly in need. 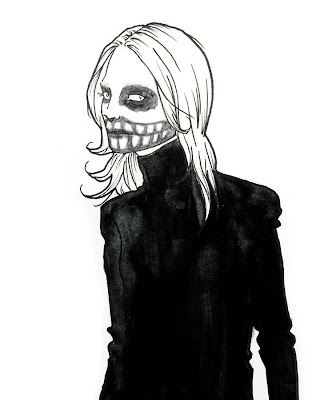 Ahh, Fever Ray. What to say?

Fever Ray is the solo project of Karin Dreijer Andersson (otherwise known as the sister part of the brother/sister duo The Knife; who will feature in another post later) and the self titled album released last year (2009).

Sweden seems to produce most of the world's music. Ever since ABBA, pretty much everything you listen to is Swedish, whether you realise it or not; from the Cardigans to Axwell and half of the house music out there.

Alright, that might be a slight overstatement, but seriously, there's a lot of Swedes in popular music.

Fever Ray the album was received well, both critically and commercially, and having already been a fan of The Knife thanks to my Brother, I rather liked it myself.

When I listen to Fever Ray I think of cold and mist.

Maybe that doesn't sound too good, but I mean it in the sense that muscially, Fever Ray is immensely evocative and profoundly sensory.

Does that make me sound like a wanker? Yes, probably. Does it even make sense? No, probably not.

Here. Quick. Let me distract you.

If I Had A Heart

When I Grow Up

A friend has just told me over Skype about "Fem Myror Är Fler Än Fyra Elefanter" (Five Ants Are More Than Four Elephants), a Swedish children's programme which from a brief glance at the Swedish Wikipedia entry ran for a couple of years in the 70's from '73 to '75.


It seems to be an educational show made up of songs, rather hilarious sketches and animations for children in a similar vein to Sesame Street; and just one more reason for me to love that big old penis shaped land.


I don't know about you, but this is the only way I want to learn my alphabet from now on..
Posted by Billie Elske Eloise at 10:25 PM 3 comments:

Jag tycker om svenska. Jättemycket.
In fact, I think I love Swedish.
Anyone who knows me will know that I have a wild penchant for languages. My mother taught me French as a little girl in bits and pieces while she taught two older girls and I picked it up quickly.
Later I spent hours writing coded messages in the footprint language of Dinotopia to my cousin so he could try and figure them out.
I've dappled in French, Italian, German, Spanish, Russian, Danish, Icelandic, Indonesian, Thai, Czech, Latin, Japanese, Chinese, several African languages, Morse code, Egyptian hieroglyphs, talking to dogs, talking to horses and am fluent in both English and schoolyard Pig Latin.
Language is most certainly a passion of mine and experiencing and beginning to understand a language gives me a high like nothing else. I love what language means. I love that language can represent communication, and just as easily the lack of it.
I love what little secrets can be discovered by learning a language, like scratching off the silver film on the little windows of a lottery card. Each one gets you close to something big. (Maybe the lottery wasn't a good consistent example..)
When I was younger I visited my first high school after having left for a different school the year before. Since I'd been gone they had acquired an exchange student. He was Danish.
I immediately fell in love with this young Scandinavian stranger of course. He was absolutely nothing special, it's just that that's what I did. I "fell in love" a lot. Probably from ages two to forever.
Anyway, having fallen in love with this amazing (not at all amazing) guy, I immediately had to absorb everything about him. My first port of call was his language. Danish.
I can still remember going home and, probably with a view to impressing him and winning him over and understanding him on some deep cultural level, going online and clicking on as many "learn Danish online free" websites as I could.
It was here that I first learned about the cruel snobbishness of Swedes when it came to language. In an introduction to Danish pronunciation, it was explained that Danish is often likened by the neighbouring Swedes to someone talking with a potato in their mouth.
I've since come to understand that that is very true, but I would like all Danes to know that I think it's a particularly nice potato, and I personally happen to love the sound of Danish (Especially when I'm having an internal fight with my beloved Sweden.)
But screw Danish! This is a blog about my love for Sweden, and let me assure you, my love for Sweden is only heightened when it's in Swedish.
I love Swedish! Swedish is a wonderful language. It makes me laugh, because it is slightly ridiculous. It makes me frustrated, because it is relatively limited in vocabulary. But both of those only with the highest respect, because when it comes down to it, Jag gillar verkligen Svenska.
I love to listen to Swedish and will sit through an entire Bergman film, or even some terrible, awful Swedish pop or hip-hop just to hear it and slowly try to figure it out. (Just to clarify, I'm not saying the wonderful Ingmar Bergman is in the same league as crappy music..)
My ears are involuntarily fine tuned to pick out Swedish on the rare occasion it's uttered on the streets of Melbourne or anywhere else I happen to be that isn't Sweden. When that happens I am magnetically drawn to the precise area/individual who happens to be speaking, just to somewhat creepily hang around in that aura of Swedishness and hope to be mistaken for a fellow Swede.
It's happened before.
When I was actually IN Sweden, my language happiness center in my brain went completely off the charts and I found myself blissfully submerged in all the chatter around me. The only sadness being that I couldn't immediately fire back in conversation. In fact I spent the whole time in Sweden going around saying that I couldn't actually speak Swedish.
One day though.. One day..
For now, thank Odin (and Steve Jobs) for my Macbook and its foreign keyboard capabilities, which are permanently on the Swedish Pro settings, so I can go around cyberspace whipping out one of these: Ö. And one of these: Ä
So fast you can't stop me, look at me go. Ä å Ö!
I want you to understand just how amazing Swedish as a language is, and I think I can sum that up with just a single word.
Fladdermus. (Flah-der-moos)
This is the Swedish word for bat. Literally translated it means "Flapping Mouse".
Do you see what I mean?
And now, in the style of Sesame street:
This post today was brought to you by the letter: Å; my own personal favourite Swedish vowel.
And by my very favourite Swedish word:
Älskling.
Posted by Billie Elske Eloise at 4:04 PM 1 comment: